Great film, though I'm at a loss for words to describe it.

The typical arc for sports films, and specifically martial arts films (Karate Kid among them), is for the meek nobody to befriend a capable somebody who then—in Pygmalion fashion—leads the nobody on a journey of self-discovery through which strengths are nurtured and weaknesses shaved off until the nobody realizes s/he was somebody all along.

See Exhibits A through Z:

That's not *quite* what unspools here.

In The Art of Self-Defense, I think what we have primarily is a dark comedy. This is key to remember. In dark comedies, things are funny because they are absurd, but also funny until they are not, because eventually we realize many of the absurdities we're laughing at are actually true (you know, satire wrapped in parody, like bacon weenies a pool-party-goer might naively mistake for food).

Second, we have a fortune cookie sensei who epitomizes toxic masculinity and has surrounded himself with similarly damaged men. (Think Martin Kove's John Kreese, the psychopathic sensei whose aim in life was to be slightly taller than the emotional pygmies he recruited, trained, and poisoned, aka Cobra Kai. You know, the baddies who wanted to sweep Bambi-like Ralph Macchio's leg.) Alessandro Nivola is pitch-perfect here as Sensei, and Jesse Eisenberg is himself (as always) because, well, why bother acting when you can just be you?

Third, and equally important, we have delicious twists.

I shall share no more than this, other than to say: Pay more attention than you otherwise might. You'll be glad you did. 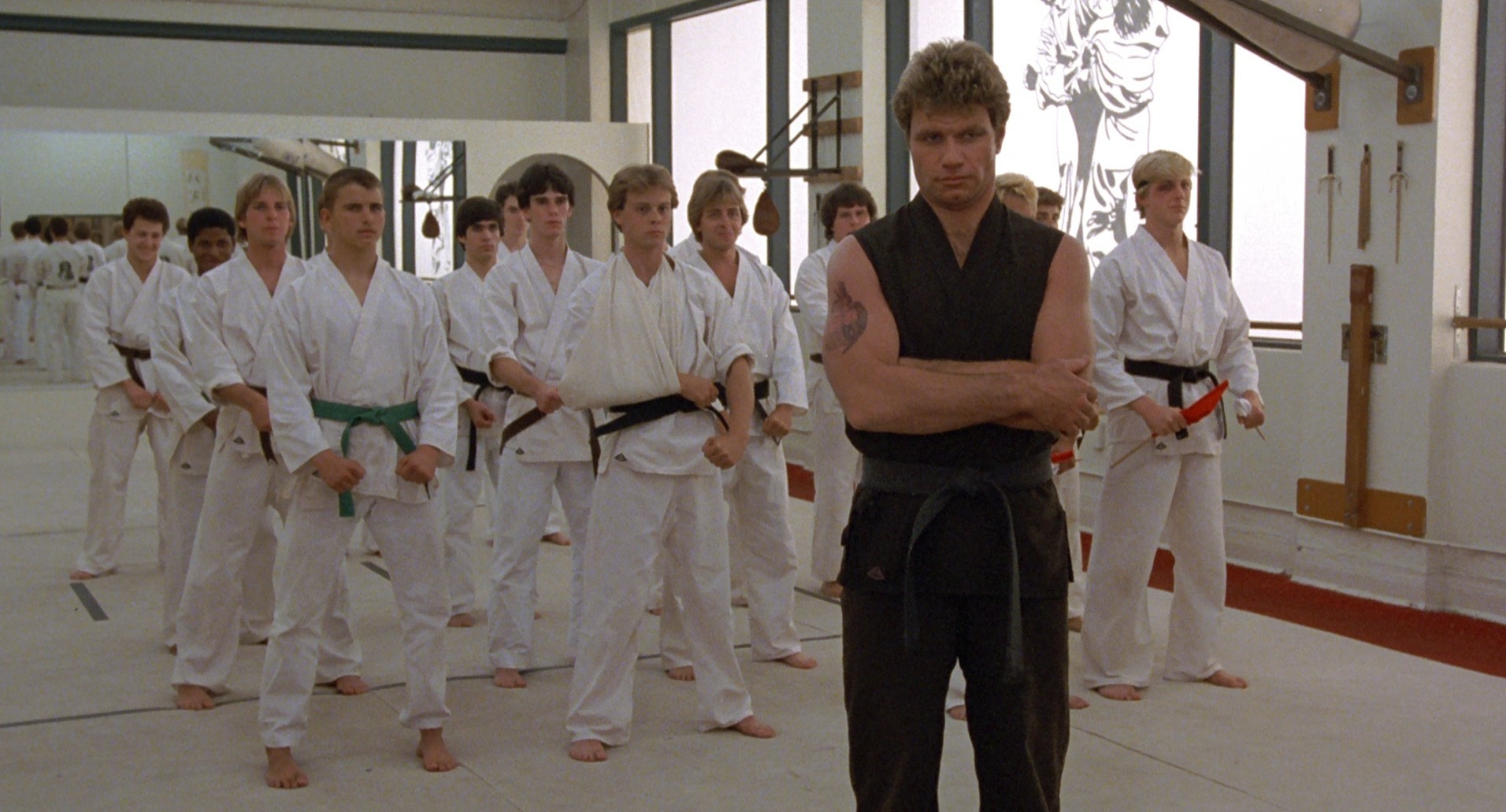