Say whatever you want about John McCain (personally, professionally, or politically), but I will turn a deaf ear and blind eye to anyone faulting his patriotism.

He was imperfect, binarily opinionated, and frequently volatile. He periodically made bad choices and poor decisions, but throughout this electrifying documentary about a spark plug-of-a-man we get a front row seat to the larger-than-life figure who was born into dynastic obligation, violently injured by war, isolated for years on end, and remained ashamed at age 81 of two [hardly noteworthy] moments of weakness during his POW captivity one half-century prior.

Through a tight tapestry comprising video clips and soundbytes, we see six decades of public service interwoven with the inevitable highs, lows, foibles, failures, and outright regrets. McCain is first to admit when and where he dropped the ball, and he never minces words when recounting his shortcomings.

Whether we agree or disagree with his stances, suggestions, or solutions, it's refreshing to see up-close a person who has endured so much in the spotlight and whose biographical arc runs the gamut from military brat and brazen/"Mavericky" outsider to beloved friend and gracious human being ground to powder by loss yet grounded in a code of honor. A man ultimately powered by love of country more than personal ambition and guided by a strong, inner moral compass rather than political expedience.

McCain knew that in many cases he was fighting losing battles (just as Robert Jordan did, protagonist of Hemingway's novel after which this documentary is named), but he fought them anyway. Why? Because he believed in his marrow or heart that they were the right thing to do.

Doing the right thing, however unpopular is something we rarely see anymore in these endlessly contentious times. And yet it is the thing. 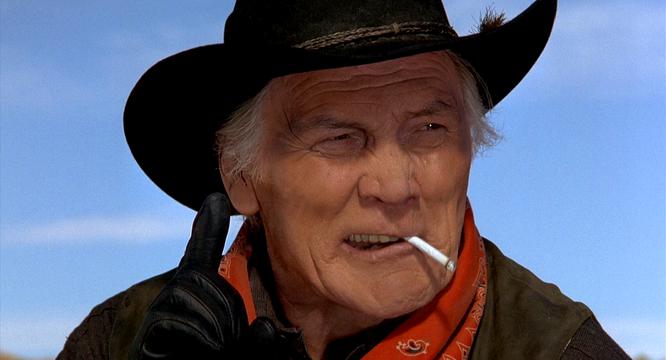 The late, great author and businessman Bob Buford once articulated, "We live the first half of our lives for success. Our résumé. May we live the second half for significance. Our eulogy." In interview after interview, the men and women with whom McCain notoriously skirmished throughout his political and personal life regale him and lament his [imminent at the time of filming] death. It is logical and wincingly clear that the three grown children (now in their fifties) from his first marriage remain wounded, in part, though one remarks, "[My parents' breakup] left a bad taste in my mouth 'cause I knew it wasn’t what my mother wanted. By the same token you know that sometimes things are beyond your control. I think the divorce rates among the POWs were extraordinarily high, so in hindsight it's probably not unexpected.” For her part, Carol, McCain's first wife confides, “A lot of people tried to get me to say bad things about him. I would never do that. I mean, I love the man. I would never do anything to harm him in any way. I am very sad that he is going to be leaving us in the next year [by death resulting from glioblastoma]. It’s heartbreaking. It’s not fair.”

For what more can one reasonably ask than his foes praise his life, mourn his death, and pledge fealty and love everlasting? Nothing more, that's what.

p.s. My congratulations to Kunhardt Films for producing such fantastic documentaries. I've seen several of them now. Each is unique in its own way, yet together they possess one common denominator: excellence.