My Charge to Graduates

‘Tis the season of commencements galore (tonight our family had to divide and conquer to attend concurrent graduations), so the once original “Oh, the Places You'll Go!” has now become tired and trite, BUT, I must say: Seeing a tight-knit group of 52 graduates whoop, holler, embrace one another, and eventually cry with joy…is a breathtakingly beautiful sight to behold. Especially right up close.

These kids have worked SO hard, for SO long, and often in concert with one another, that it really is rewarding to see them graduate. Something so deceptively simple, but 18 years or nearly 158,000 hours in the making.

I do hope they will pause, though—savor the moment—before leaning their shoulders into whatever’s next.

I don’t know about you, but I spent three decades too many looking ahead, living in the future and rarely in the moment…when all we REALLY have is now, and now, and now, and now. The future is merely a concept, a mental construct, until it manifests in the present as another now.

“I'm trying to free your mind, Neo. But I can only show you the door. You’re the one who has to walk through it.”

“Worry is interest paid in advance on a debt that never exists.” 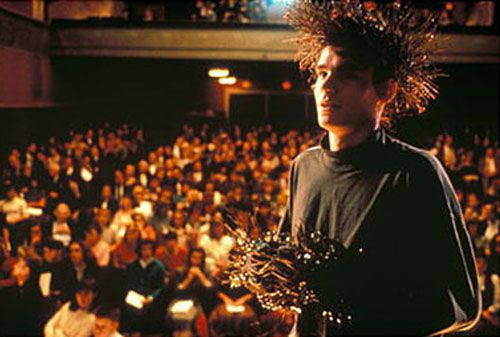 "If we shadows have offended, think but this and all is mended: that you have but slumber'd here while these visions did appear."

Sure, carpe diem, but stop and smell the roses for cryin’ out loud. You’ve earned it and will never be as young again as you were today.